The Kurtz Center for the Performing Arts 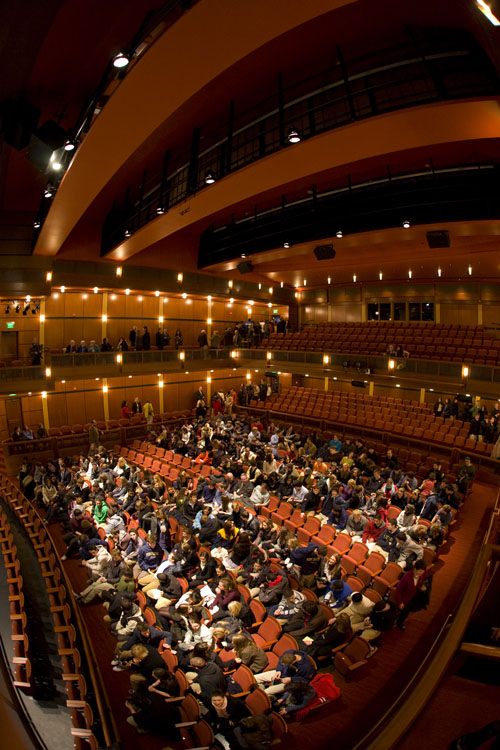 The school won LEED (Leadership in Energy and Environmental Design) Gold certification based on the building’s sustainable design. Certification is awarded on a system of points related to site development, water savings and energy efficiency, materials and indoor environmental quality.

A performing arts center is an energy-intensive structure, and Penn Charter selected Voith & Mactavish Architects for the project, in part, because of the firm's experience with sustainable design. The architects' design incorporates many "green" features, including:

Radio pioneer David L. Kurtz went on the air for the first time in 1963, broadcasting as WDVR FM from a cramped space on Chelten Avenue in Germantown, just blocks from Penn Charter.

An electrical engineer and a music lover, Kurtz combined his skill with his passion to create a station that broadcast beautiful music around the clock and in stereo, which was unheard-of back then. In the mid ’60s, Kurtz partnered with Jerry Lee, one of his original seven staffers, and they grew the station into a broadcast powerhouse. According to the archives of the Broadcast Pioneers of Philadelphia, the two men are credited with laying the foundation for FM radio as a viable music format and business platform.

The Kurtz family, lead donors to the new performing arts facility, named the center in memory of David L. Kurtz as a tribute to him and his legacy.