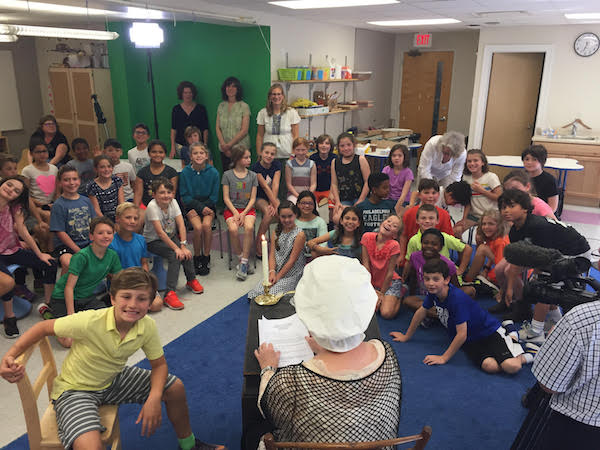 A film crew from Ireland filmed at Penn Charter on April 28 for a documentary about Charles Thomson, Irish-born leader of the American Revolution and secretary of the Continental Congress. “The Man Who Spoke the Truth” is set to air in November on BBC Northern Ireland.

In selecting Penn Charter as one of the sites for the documentary, the filmmakers were tapping into the roots of this significant but little-known American patriot: As a young man in the 1750s, Thomson taught Latin at Penn Charter’s antecedent schools.

During the course of filming, the third graders acted as an audience and bit players in a classroom scene during which Suzanne Walke engaged in a conversation about her ancestor: Thomson is Walke’s great-great-great-great-great uncle.

Among the historical information the students learned:

As the first Secretary of the Continental Congress, Thomson played a pivotal role in the young republic, earning the respect of men like Benjamin Franklin and Thomas Jefferson and designing The Great Seal. His last public act was a week-long journey from New York to Mount Vernon to tell George Washington that Washington had been chosen as the first President of the United States. In his retirement, to a farm at Harriton House, Thomson returned to his studies of Latin and Greek; he translated into English the Septuagint, the ancient Greek translation of the Old Testament from the original Hebrew; and corresponded vigorously with Thomas Jefferson.

Bruce Gill OPC ’68, an historian and director of the Harriton Foundation, which protects and preserves Harriton House in Bryn Mawr, accompanied the crew. Thomson is the best known inhabitant of Harriton, and Gill was able to share with the crew both his knowledge of Thomson and his enthusiasm for Penn Charter. 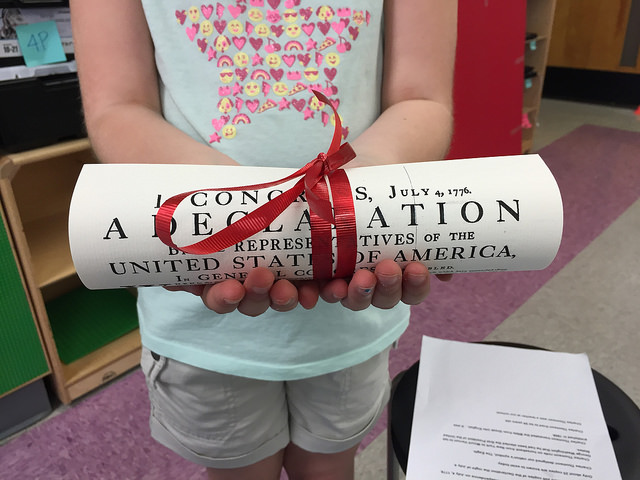