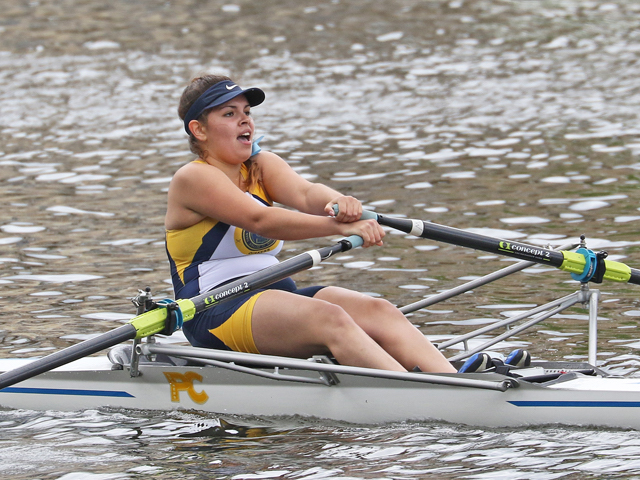 Maria Perry, a member of the Penn Charter crew team, has been named the recipient of the 2017-18 John Izzard Award, which recognizes one junior athlete from the Philadelphia Scholastic Rowing Association for athleticism, achievement and dedication to service.

“I am incredibly proud of Maria’s accomplishment,” said head crew coach Katherine Farrell, who nominated Perry. “Not only is this a huge statement as an individual, but also reflects Penn Charter crew as a whole. As coaches and administrators, we strive to create a team culture where the idea of a well-rounded, successful individual is the expectation. It brings me great personal pride to have our program represented by Maria in this way.”

Perry, now a PC senior, received a plaque at a September award ceremony at the Castle Ringstetten on Boathouse Row and will receive a personal trophy in March 2018 at the Schuylkill Navy Annual Awards Banquet.

The first John Izzard Award was given out in 2014. The award was created to honor John Izzard Jr., a member of Philadelphia's Undine Barge Club. He is a former Undine captain and vice president, an educator, Philadelphia YMCA Physical and Aquatics director, and a ski, canoe and SCUBA instructor. Izzard’s current volunteer endeavors include being a steward of the Gold Cup and a US Rowing referee.