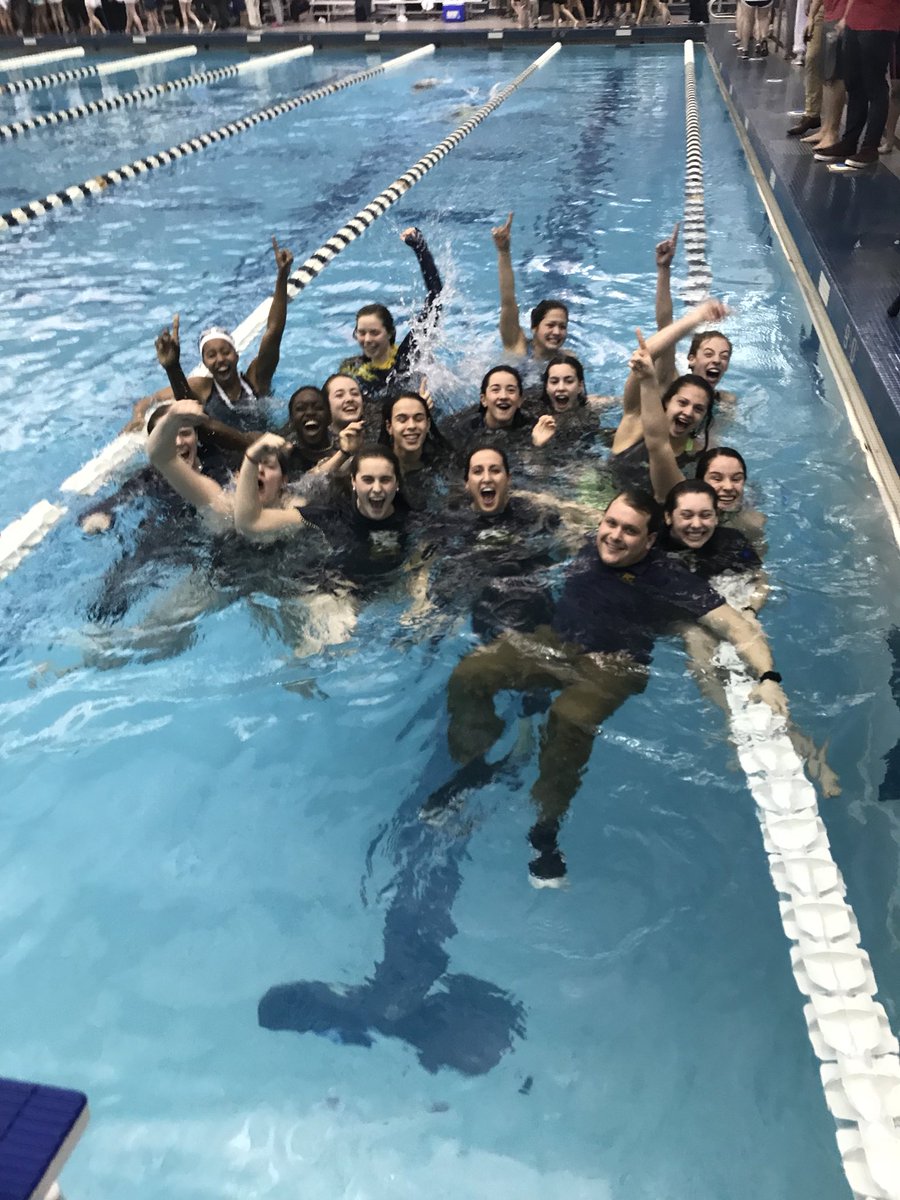 Most people take a bath to start and/or finish the day.

Brian Hecker and his assistants with Penn Charter's girls swimming program did so early Saturday evening in the pool at Franklin & Marshall College, in Lancaster, to celebrate—with MAJOR joy—a first place finish in the Eastern Swimming and Diving Championships.

This was a two-day competition and the Quakers impressed throughout. Girls swimming totaled 578 points—boys finished 13th with 153.

In another individual event, 100 breaststroke, PC notched first and fifth thanks to soph Sally Foley (1:02.54, good enough for All-American status) and Marissa Lopez-Ona (1:06.62).

There was also a special group moment. Foley, G. Lopez-Ona, senior Madison Freeland and Weiss sped to 3:29.40 and second in the 400 free relay.

And let's not forget about senior Reece Whitley.

Understandably, he did not grab today's headline and he was as thrilled for the girls as anyone. But he AGAIN broke a national record with a time of 51.16 in 100 breaststroke. And he was honored as Swimmer of the Meet.