Alumni from as far back as 1947 (who celebrated their 70th reunion!) returned to Old Penn Charter to reminisce with classmates, connect with former teachers and honor members of the PC community.

During the evening program in the Meeting Room before the celebration across campus, the Alumni Society honored David Evans OPC '59 with the Alumni Award of Merit, which is given to "a graduate of the William Penn Charter School whose character and outstanding achievement have reflected lasting credit upon this old school."

Evans is professor emeritus and special lecturer in sociomedical sciences at Columbia University Medical Center in pediatrics and public health. In just one example of his service to others, Evans has worked with Amani Global Works, a nonprofit that has built and supports a community hospital and public health outreach service on Idjwi, an island in the Democratic Republic of Congo. Evans has traveled to Idjwi for the last five summers to help build the hospital, raise funds to buy an ultrasound and support a nutrition program for malnourished children.

In the introduction of his friend and classmate, William Davison OPC '59 shared a childhood memory. "At about 14 we ran our first car, bought jointly from his brother for $10, on a 1/4 mile dirt track behind his house. I recollect he was about that same age when his father Bugs [beloved science teacher "Bugsy" Evans] beaned him with an eraser in biology and banished him from class for incessant talking. His gift for expression did not suffer from the episode." 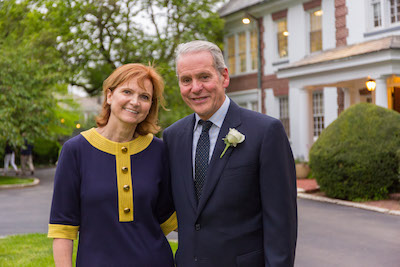 MacCullough began teaching math at Penn Charter 34 years ago. Jim Ballengee Hon. 1689, who retired from Penn Charter last year, spoke of his longtime friend: "I introduce Bruce to you tonight as a Renaissance man who has chosen to get involved in, touched and had an impact on every area of life at PC, in addition to impacting the lives of thousands of Philadelphia-area students at PC and beyond – a humble individual with such a spirit of generosity and depth of character that has influenced not only those many students but all of us as well." 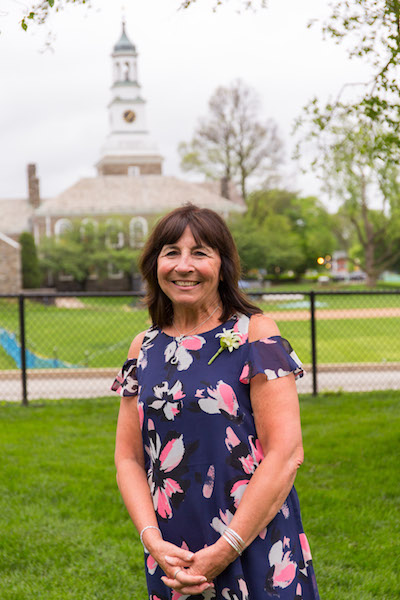 Punzo has worked in the business and facilities offices for 29 years. "Her attention to detail is always intended to show Penn Charter in the best light possible, and her care for the school is evident in everything she does," said William Quinn, director of facilities, who introduced Punzo. "She is a true professional." 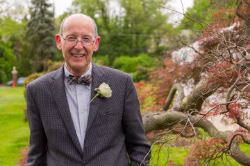 Distinguished Teacher Award, he told of Fitz's impact on the choral program at Penn Charter. "We know Joe as the teacher and conductor of our choruses, which over the years include Boys a Cappella, Girls a Cappella, Sharped Flats, Penn Singers and Charter Singers, and, of course, Quaker’s Dozen," Ford said. "We all know when Joe Fitzmartin is in the building. His recognizable whistle signals his joyful approach. His talent as a teacher makes him our own pied piper who has attracted thousands of followers in his 21-year career at Penn Charter."

Visit flickr for photographs of the reception and reunions.