By the Light of Our Charter, How Far Can We See? 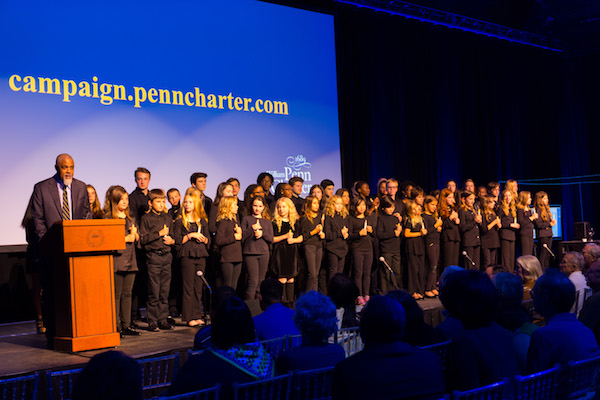 “Not mere progress, not incremental change, but a flashpoint of new invention.”

Head of School Darryl J. Ford used those words on Oct. 20 to introduce the Penn Charter community to a new capital campaign – By the Light of Our Charter, How Far Can We See? – that will transform our campus and evolve our teaching and learning.

More than 500 people filled Dooney Field House, which was transformed for the event, temporarily carpeted, draped and dappled in light – the metaphor of light being the inspiration for not only the evening but the campaign itself.

The evening was a spectacular introduction to the How Far? campaign and a memorable community experience.

“What excited me was the sense of community I got from seeing all the parents, seeing the children perform,” said PC parent Sharon Kestenbaum. “I loved the fact that OPCs were donating, and 20 of their classmates from the '50s were here with them – so, the whole sense of community.”

Following a catered reception in half of the field house, parents, OPCs, faculty and staff, neighbors and friends moved toward the stage to listen to Ford’s presentation and watch it on a 32-foot screen.

They learned about the $75 million fundraising goal, and applauded the announcement that, during the quiet, leadership phase of the campaign, school leaders raised $50 million toward that goal. Since the campaign kickoff, that number was updated to $52 million.

Among those in the crowd that filled the field house to capacity were William A. Graham IV OPC ’58 and Frances Robertson Graham, who made a $7.5 million campaign contribution, the largest single gift in the history of Penn Charter.

“Like William Penn, who called upon his closest friends, we called upon our closest friends during the leadership phase of this campaign,” Ford said. In addition to Graham, he acknowledged three others whose multimillion dollar gifts advanced the campaign to the public phase: Duncan McFarland OPC ’61, Richard OPC ’69 and Claudia Balderston, and William F. MacDonald Jr. OPC ’62.

The presentation included inspiring videos with Graham and Adam Koppel OPC ’87. Many in the audience, parents in particular, were moved by a three-minute animation that evoked Penn Charter’s history over 328 years and asked: What if our students, our city and our world need our greatest contributions now?

Repeating the phrase as a call to action, Ford asked: “What if, instead of celebrating 328 years of history, we chart the next 328 years? By the light of our charter, how far can we see? How far?” 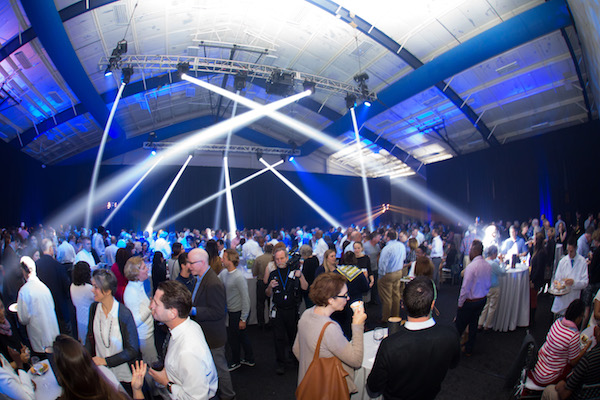 The capital campaign is rooted in the history and values of the school: it supports academic innovation, brilliant teaching, and financial aid to provide access to talented students. And it is focused on the future, with building projects to create state-of-the-art spaces and planning for both financial and environmental stewardship.

Those video materials from the campaign kickoff and more are available at campaign.penncharter.com.

In Spaces, architectural images show visions for the new lower school and the new Athletics and Wellness Center.

The Vision section outlines campaign priorities, all of which are designed to carry forth William Penn’s legacy while securing the future of our school and our campus.

We See offers videos with personal stories from teachers, parents and OPCs, including Bill Graham OPC ’58, who made a $7.5 million gift, the largest single gift in PC history. We will continue to add videos, so check back.

The Stories section of the site provides more information about donors and the impact of their gifts.

In Join Us, members of the Penn Charter community will find opportunities to get involved in the campaign, give a testimonial, or ask a question of our Development Office.